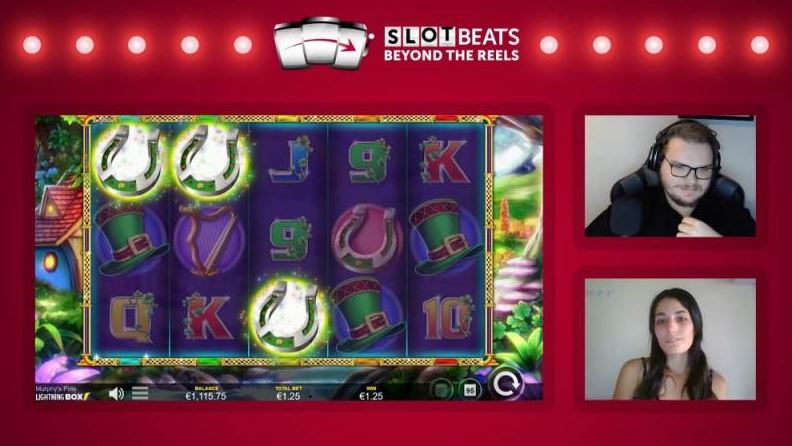 The latest edition of Beyond the Reels sees Bernadine Attard, game designer and mathematician at Lightning Box, walk through the company’s most recent Irish-themed Megaways title.

Distributed via Scientific Games, and available on Sky Betting and Gaming, Murphy’s Pots is a 5×3, 25-payline slot that offers players a max win of x249,587 and incorporates two gamification features.

On the company’s latest slot, Attard noted that Lightning Box had never done an Irish-themed slot before and stated it was “something interesting to explore”.

She noted: “We’ve seen so many Irish games do well so we thought we would cross the rainbow and try our luck!

“An Irish theme is such a fun theme, and you can do so much with it. The Leprechaun also feels like such a fun persona that you can bring so many different types of characters from him, he can be lively, he can be dancing, he can be all over the place.

Talking about how Lightning Box managed to put its own spin onto the title, Attard admitted that it was the most “challenging thing” about choosing an Irish-theme due to the saturated market, stating “for us to get our own angle, it was hard”.

“After a lot of iterations between us internally, and Sky Bet themselves, we came with a couple of ideas to make it fun, loving with all the players and trying to make something that was a little bit different than what’s already out there,” Attard continued.

Addressing the popularity of high-volatile slots, Lightning Box’s game designer believes, along with the big wins, the popularity stemmed around the influx in streamers.

She added: “The fact you can get big wins within the base or free game and then take it with you to the rainbow feature itself and have the possibility of getting a big multiplier up to x30. That in itself makes it sound very volatile. It also makes it a little more exciting for the player to get such a big win.

“As for the influx, I believe that the higher volatility first started back from the Megaways mechanic. That started setting the trend for more high volatile slots in the market. One of the other things that helped with volatility to come along was when streamers came along.”

The interview also looked into the development process of Murphy’s Pots, features within the title that the player can expect and a look into the not-so-distant future for Lightning Box and what it has to offer moving forward.