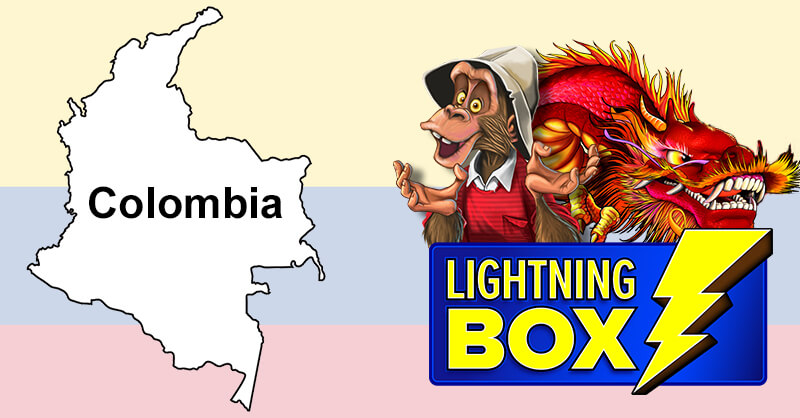 The innovative online slot machine developer Lightning Box, based in Sydney, has introduced its content to the Colombian digital gaming market through its long-term distribution partner SG Digital.

The studio has released two of its most popular recent releases with leading operator Betsson, including Blown Away and Dragon Palace.

The latter game is already very popular with land-based Colombian players. Dragon Palace was launched via the Inspired aggregation platform in stationary casinos in the South American country alongside Lost Temple, another of the developer’s hit slots.

Betsson, a large online casino and sports betting company with multiple brands in several regulated markets across Europe, ventured into the regulated iGaming area of ​​Colombia in the summer of 2020 when he a 70% of the shares in the locally licensed operator Colbet.

Colbet offers both online casinos and betting products for local players through its website colbet.co. The brand was one of the first to receive a license from the local regulator, Coljuegos, following the reorganization of the Colombian market in 2016.

Founded in 2004 by veterans of casino game development Peter Causley and David Little, Lightning Box is a leading independent content creator for both the online and land based industries. The company’s products are represented in multiple markets through its operating partners and key content aggregation platforms, including SG Digital, Microgaming and Konami.

LatAm and Colombian debut
The launch of Lightning Box with Betsson marks the studio’s first foray into not only Colombia’s digital gambling space, but Latin America as well.

Peter Causley, CEO and Co-Founder of Lightning Box commented on their latest big news that their online launch in Colombia is a testament to their products universal attractiveness in several markets. He went on to say that Colombia’s slot players have been enjoying two of their titles in land-based casinos for some time and that they are excited to now be able to offer them Lightning Box games on their personal devices.

Of their selection of games to launch in Colombia, Causley said that following its early success in physical casinos in the country’s iGaming market, Dragon Palace said it was natural and that they hope the other game will go down just as well. He added that they hope Colombia is too first of many Latin American countries to welcome the Lightning Box games while the region continues to regulate.

News of the studio’s Colombian debut comes shortly after the premiere of its newest online slot – Silver pride – in New Jersey’s regulated iGaming market as the latest major milestone in its US expansion. The game maker joined the Garden State in 2014 and has grown its presence there over the past seven years.