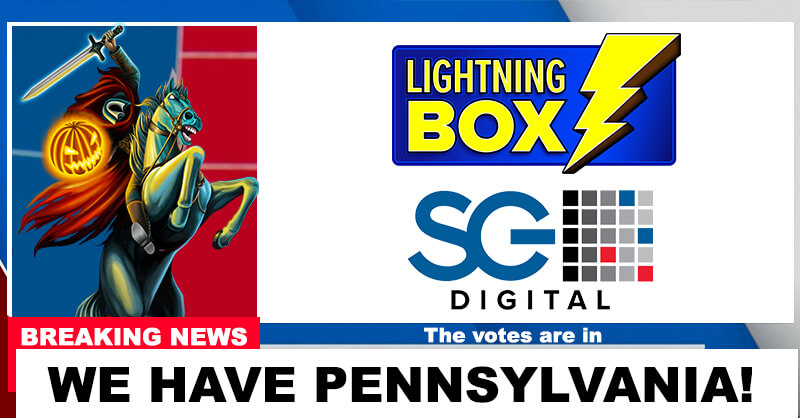 The Australian developer has rolled out two titles, LIGHTNING HORSEMAN and RESPIN RHINO, via the Open Gaming System (OGS), with players across the state now able to access these popular online games. More releases from Lightning Box’s portfolio are expected to follow over the coming months.

This launch builds on the open ethos of the OpenGaming ecosystem that has the vision to provide players worldwide with access to market-leading content from its own game development studios in addition to partner studios from across the globe.

Lightning Box went live in neighboring New Jersey in 2015, in addition to serving players in Canada through the British Columbia Lottery Corporation and Loto Quebec.

Scientific Games and the OpenGaming ecosystem forms an integral part of Lightning Box’s expansion across the U.S., providing new opportunities for the studio’s games to reach a wider audience.

Peter Causley, CEO and co-founder of Lightning Box, said, “We’re very excited about the opportunity in Pennsylvania and are looking forward to seeing the results. It bodes well for us as a studio that our content continues to cross the bridge between land-based and online in the States. With our games integrated onto the OpenGaming ecosystem, we’re in a good position to penetrate new markets and expand our player base even further.”

Dylan Slaney, SVP Gaming, Digital at Scientific Games, said, “It’s fantastic to see Lightning Box make its debut in Pennsylvania. We’re delighted to have played an important role in supporting their efforts to expand across the U.S. Their games have performed strongly in New Jersey, and we also expect them to produce great results in the Keystone State. This latest launch showcases exactly how OpenGaming helps partners to build their presence within regulated markets worldwide.”….