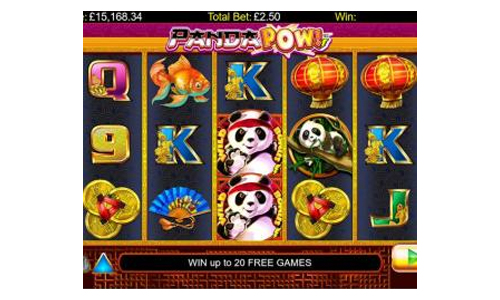 Panda Pow is a 3×5 reel, 25-line slot which features a unique wild symbol that triggers a free games bonus when any five or more are hit.

Extra stacks of wild gold pandas are added to the reels in the free games mode, providing a great opportunity for wins over multiple lines.

Players can win between five and 20 free games, depending on the number of wild bonus triggers.

Furthermore, a deluxe version of the game will be released exclusively for William Hill’s retail estate on 24th May, which has been modified to become a 10-line slot to suit the needs of players at the bookmaker’s 2,300 plus network of Licenced Betting Offices (LBOs).

Peter Causley, Lightning Box Games’ managing director and co-founder, said: “Panda Pow Deluxe has a quirky Kung Fu fighting panda ready to do battle for you. Our friends at Betdigital have added an exciting B2 game into this model which we are all stoked about.”

“Once again, we’re thrilled to be providing William Hill with an exclusive, tailored version of the game for their LBOs, just as we did with Silver Lion.”