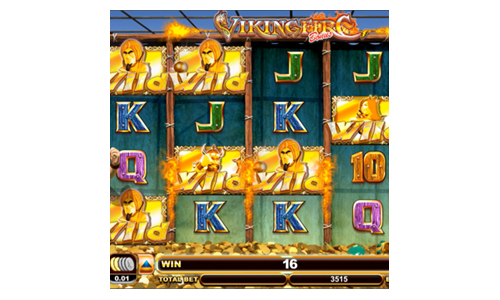 Viking Fire has been launched exclusively on Betsson for a two-week period, before it is released to the general market on November 30.

The latest release from Lightning Box Games is a 4×5-reel, 40-line slot game, available on both desktop and mobile. Players with shields and helmets catapult rocks at enemy ships to earn up to four extra wilds and eight free spins.

“We are delighted to be offering the game exclusively to Betsson for two weeks before rolling out Viking Fire on general release. I’m sure their players will be more than ready to become one of the Vikings and take out the enemy ships to win big prizes.”

Paul Malt, Head of Games at Betsson, added: “We are always looking for new games to bolster our already impressive portfolio, and Viking Fire certainly fits the bill. The bonus game feature is particularly exciting, and we are sure our players will have fun trying to take out the enemy ships.”